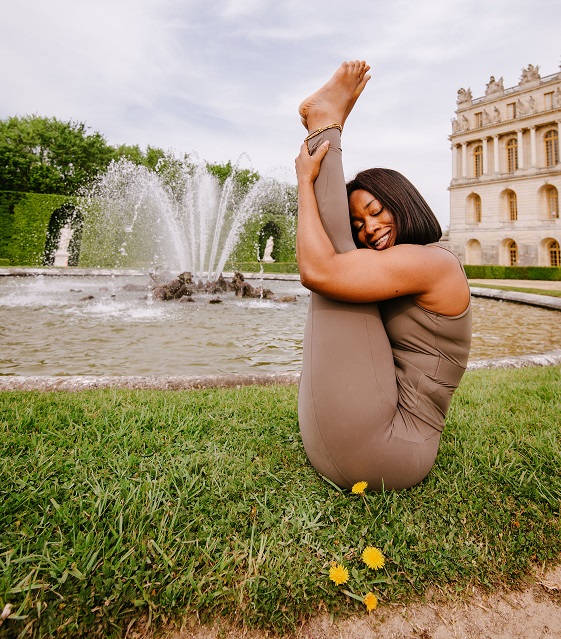 Societies worldwide are seeking natural solutions to issues of poor mental health, emotions, physical and spiritual well – being as a result of stress from socio-economic and political problems.

One of the practical tools most often used to overcome some of these challenges, besides religion, is the practice of yoga, particularly in the developed world, especially among the Asians, Americans and Europeans.

Yoga is a form of exercise believed to control the mind and provide relief for stress and other physical malaise through the discipline of well – composed meditation, special breathing technique and siting posture for certain durations.

This type of exercise ends with relaxation, comfort and relief as the practitioner completes a section by lying on a mat.

Fitness
A section of society believes that yoga can be used as a therapy to improve physical fitness or to treat physical ailments.

The Mirror has observed that the youth seem to be embracing the practice with the belief that yoga would help them attain physical fitness, inner peace and excellent concentration for their daily activities.

Yoga is believed to help relieve physical discomforts during pregnancy

Although some view the exercise with superstition, some yoga instructors say it is meant to instil discipline and spiritual tolerance in people who practice it.

The Mirror also gathered from patrons, mainly on social media, that the practice is highly recommended for pregnant women and children and those with muscle pain.

How it goes, everyday at the camp of Korpha

These days, social media platforms are the best bet for practitioners of yoga as they showcase the amazing postures of their body.

Korpha
Currently, a Ghanaian, Ms Gifty Akorfa Quarshie, popularly known as Korpha on social media, is championing the yoga exercise which has attracted a lot of women.

So far, she has trained over 200 women and there are a lot who sign up for the exercise daily.

She has, therefore, made it her sole profession.

Korpha is a certified yoga instructor.

She trained at the Asheville Yoga Centre in North Carolina in the United States of America.

She charges GHc65 daily for the exercise which takes place at designated venues such as a pool side, gym, hotels and open spaces.

Sharing her eight years’ journey on the field training and encouraging women who have an interest in the exercise, she said she first had the passion in Ghana before she travelled to learn more.

She said her yoga journey started when she realised the health and fitness benefits of flexibility and the challenging things the body could do.

Through her various social media platforms, she believed she had motivated many women including those abroad to join yoga.

Her target audience, she explained, were those who required long hours of sitting, noting that posture was one of the biggest problems of humans, “hence we tend to have a lot of chronic back and waist pain. 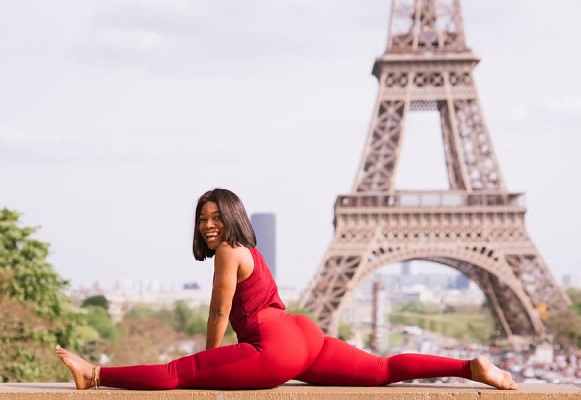 “I have a number of yoga clients who were suggested to me by their doctors. Pregnant and post pregnant women, children (because children get depressed too) and plus-size women all fall under my target audience”, she said.

Korpha, whose passion for yoga has influenced her decision to stretch her body in different postures even during pregnancy, believed that yoga should be introduced in all basic schools.

She was of the view that “Yoga improved the strength of children, coordination and flexibility, while encouraging body awareness and self-esteem. It reduces a child’s anxiety and stress, while boosting a sense of calmness”.

Although some people associate yoga with chanting, more of a religious doctrine, Korpha said she was not influenced by their perception but used Yoga as an opportunity to educate such people.

“There are so many different types of yoga practices under the word (yoga), therefore, it’s not every yoga practice that requires chanting or meditation, you choose what you deem fit for your beliefs.

I think meditation is not a bad thing depending on the individual.

Men are not left out of yoga

Christians meditate on the word of God, Muslims meditate too, other people do same depending on their religion. What I do is more of a combination of yoga and workout routines to enhance our health in various ways”, she explained.

The certified yoga instructor said that yoga was a healthy lifestyle that should be appreciated by all, adding that anybody could adopt this physical fitness.

For those who have an interest in learning yoga, Korpha said, “forget about the fancy poses you see online that scares you. There are so many ways to practice yoga and still benefit. Everyone needs yoga; you need this because not all sicknesses require drugs, there are some that only need you to relax and take a few deep breaths. Some also simply require stretches for the knees, arm, back and lower back pain” she stated.

Pilates vs yoga: How do the two practices affect the body?

Should you do yoga or aerobic exercises?

Delicious and healthy, salads are the way to go this summer